Congratulations James and Brianna! They were amazing,

I first met them, along with Brianna’s mother, Tina, back in February. After 4 wonderful years together they were looking for a lighthearted, short and sweet ceremony that included their daughter and was fun for their guests.

They’d already decided they’d be married outdoors by the pond at the Hawk Hollow Golf Course in Bath.

The rehearsal was a little tricky because none of the chairs had been set up and we had no idea where, exactly, we’d be standing. However, the staff knew that the two trees would make a lovely backdrop on each side of the ceremony space and when we arrived on the wedding day everything was perfect!

After sitting down with Brianna and James for about an hour and asking them my complete list of questions I had a pretty good idea of what they wanted in their ceremony. They made a couple of changes to my initial draft but were happy with it overall.

One thing that they knew they wanted was the Wine Box ceremony, sometimes called the Dutch Box ceremony or the Wine Letter and Box ceremony. I’ve done it several ways but the general idea is always that the happy couple sits down and each writes a love letter to the other describing why they fell in love and their hopes and dreams for the marriage. Those letters are then placed into a box with a bottle of wine.

James and Brianna wanted the ceremony to describe how they should open the box on their first anniversary, share the bottle of wine together and read each other’s letters for the first time. Then they’ll each write another letter and add it to the box with a new bottle of wine. In this way, year after year, they can create a living history of their love and lives together for themselves, their children and, eventually, their grandchildren to enjoy.

Brianna and James had a special box custom-crafted just for this purpose with a tiny padlock to keep their treasures intact. What a stunning keepsake and conversation piece complete with their wedding date on it.

Last of all, I had to get a photo of their wedding cake and the fabulous tablecloth they had under it. Sparkle city! What a perfect way to highlight their lovely and understated cake.

I had a lot of fun with this family and this wedding. I want to wish James and Brianna a lifetime of happiness, love, and joy (and lots and lots of Spartan sports wins too)! 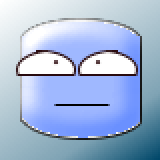